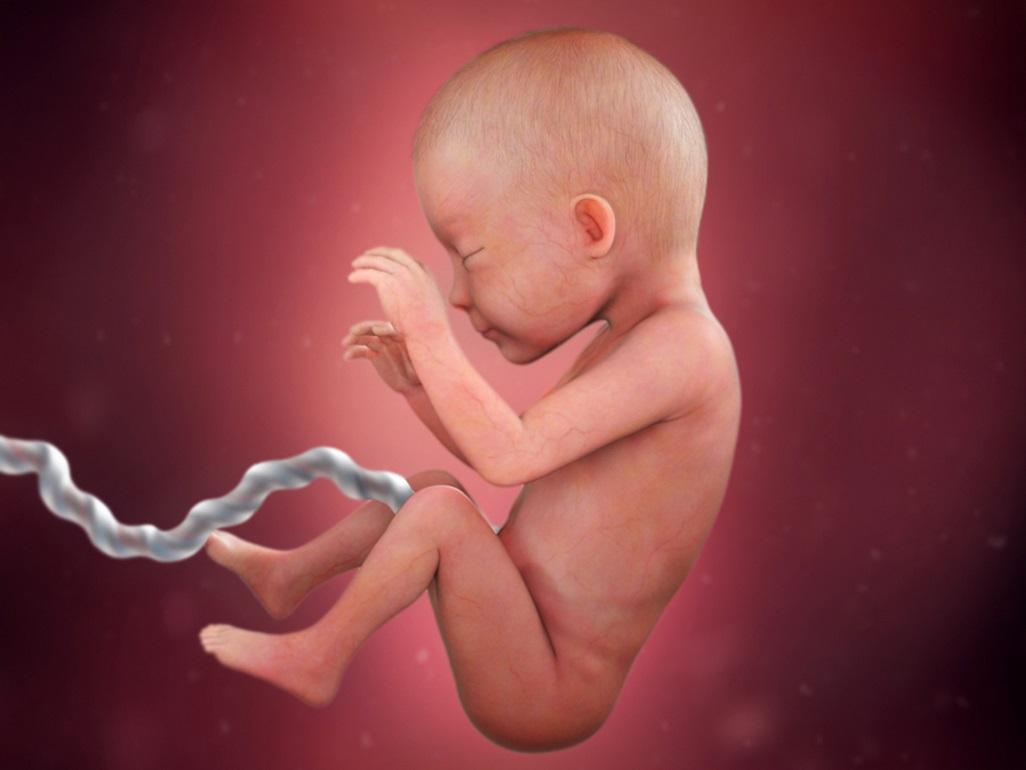 A 26 week old unborn baby. 14 inches from head to toe, able to hear and distinguish voices

Right now in the UK, the BMA (the British Medical Association) has just voted to allow abortions after the current 24 week limit, and change the limit to 28 weeks. This means that they will now be lobbying parliament to change the law.  The BMA represent well over half of doctors in the United Kingdom.

Technically in the United Kingdom, abortion is not allowed on demand, but in practise it does not take much for the doctor’s to decide that your mental health might be affected if the baby is born.

Now up until now, the general direction of the debate was to reduce this limit.  In 2008, there was a debate in parliament to reduce the limit to 20 weeks, but this was eventually rejected. The reason why the general direction is to reduce the time is because advances in medical technology mean that babies are being born in the 22nd and 23rd week and surviving, therefore people are realizing that babies that age are viable, and even now babies are actually surviving abortions.  Dr Martin Platt, who is one of the neonatologists at the Royal Victory Infirmary in Newcastle, is on record saying that the survival rate for babies born in the 23rd week is 60% in his hospital.

Currently there are on average just over 500 abortions being performed every single day in the NHS in the United Kingdom.  The SPUC point out on their website that this is the same as wiping out 2 typical primary schools (www.spuc.org.uk/abortion)

However, right now the BMA have decided to start pressing the government to allow abortions up until 28 weeks.  This is obviously a huge increase even on the 24 weeks currently allowed, and will allow women to have abortions will into their third trimester. The reason the BMA opened up this discussion is because the Royal College of Midwives (RCM) were part of a campaign led by a pressure-group called BPAS – which is the country’s largest abortion provider, and their goal is that abortion should be decriminalised all the way up to birth.

Now not all doctors are happy with this debate – over 1200 doctors and medical students signed an open letter saying this decision is both extreme and unprofessional, and out of line of the views of the women in the United Kingdom. A poll in this country showed last year that only 1% of women wanted this increase, and 70% of women want the abortion time limit reduced to under 20 weeks. In fact, many doctors are very concerned that the reputation of the BMA in the UK will be damaged by this decision, some vowing to leave the BMA.

As a Christian, I believe that life begins at conception. There are several instances where a child in the womb recognizes another child, or is happy, or is clearly shown to be alive. God told Jeremiah that He knew him when he was inside his mother’s womb. An unborn child is not a blob of cells, but a human being. It is a scientific fact that when the sperm has fertilised the egg, a new human with a totally complete human DNA has been formed.  That is a human being, not a cluster of cells. It is, without interruption, going to grow to be a fully grown adult, capable of dreaming, and loving, and walking, and talking, and having children of its own one day!

The way that children develop in the womb is one of the single most wondrous things to behold, both on a scientific and religious level. It is the closest thing to a miracle in the natural world. This marvel is ignored outright by those who are pro-choice and certainly by those who are voting for abortions up until 28 weeks.

I believe that the church has a moral obligation to oppose abortion as it is the killing of an innocent human in the very place where they should be most safe.  It is the taking of life of a human being, and it cuts across the idea that all life is sacred. Abortion is also a total failure to acknowledge the sacred bond between mother and child: the pregnant mother needs support and love and care, not an abortion.

A secondary concern is the effect of the abortion on the mother. Obviously, the effect of abortion on the baby is death, and that is the key issue here; but, the fact is there are many short-term and long-term risks with abortion, and many women feel guilt, anger and great emotion pain post-abortion. Our culture emphasises the right to choose of the pregnant woman, and that is the normal justification of abortion, but what happens is many women actually feel they have no choice except abortion because we are not promoting child-bearing and rearing as a positive solution to an unwanted pregnancy.

We need to give women objective information about the child in their womb, including their humanity. We live in a nation where there is no legal obligation for abortion counsellors to tell the woman about other options than abortion, and sadly many woman are not given the opportunity to actually make an informed choice.  Yes, I believe woman have rights over their own bodies, but those rights must end the moment another human is alive inside their bodies.

This is not a side issue, it is the biggest human rights struggle of your generation. There are many worthy causes, I am not sure any of them are as significant as the killing in the womb of over 500 innocent children a day.

Today, we need to pray that the law-makers in the United Kingdom realize what the BMA are asking for is utterly opposed by the majority of people in this country, and that it is unscientific, and unhelpful. Pray that this nation awakens to the sanctity of life, and that our leaders start to realize how precious every human is from the moment of conception. We need Christians to educate, to inform, to lobby parliament and to help speak the truth in love to those people who need help in the moment of an unwanted or unexpected pregnancy.

About Tree of Life Church

View all posts by Tree of Life Church →