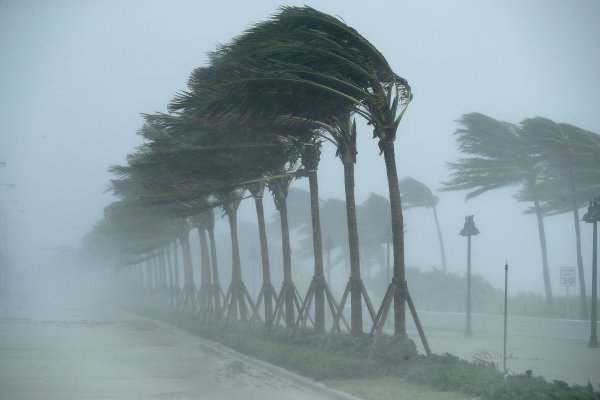 Last Sunday when preaching I mentioned that God did not flood the earth, and that God is not a destroyer.  I would have assumed that such simple truths that God is love and God is good would not be controversial, but they are.  So we need to examine these things in the light of Scripture and find out what the Bible actually says rather than what we assume it says.

So to build a foundation, I want to ensure that you are aware of three fundamental truths that everyone needs to be aware of when it comes to interpreting the Word of God.

Jesus told us very clearly that if you have seen Him you have seen the Father (John 14.8-9), so we can be very definite that if you want to know what God is really like – we look at Jesus.   If you have ever taught someone the Scripture you know what it is like to teach something and then someone says something that shows that they just do not get it.  Well, you are in good company.  Jesus said if you have seen Him you can see the Father, and Philip asked “Show us the Father”.  Jesus realized that people did not see God the same way they saw Him, and it is still the same way today.

If the Father had come to earth as a man instead of Jesus, the gospels would not have been different!  Jesus did nothing that teh Father did not do, in fact the Father was healing, was delivering, was prospering people through Jesus.  Every act of compassion Jesus did, the Father was working through Him (John 14.10-11).

If you see Jesus, you will know that the Father is good, loving, healing, protecting, kind, against satan, against evil, against sickness, against hurting people.  Jesus and the Father are one (John 10.30-32).

Jesus healed the sick, Jesus cast out devils, Jesus fed the hungry, Jesus gave money to the poor, Jesus forgave sins, Jesus died for us so we could go to heaven.  In John 10, Jesus says that His good works “show the Father”.  That is the natuer of God.  Jesus and the Father are one.  God does good works and God undoes the evil of the devil.

Satan is the killer and the destroyer.  God is not the killer and not the destroyer (John 10.10).  The Father only came to bring us good, to bring us life, to help us, to bless us. The devil only comes to steal, kill and destroy.  Satan’s biggest steal as the thief is he stole from us the simple trust we had in the goodness of God by blaming God for His destructive works.  Jesus never killed, He saved.  Jesus never sent a demon, He cast them out.  Jesus never sent a natural disaster, He rebuked them!  And that is what the Father looks like.

That the Father is revealed by Jesus – Jesus is the Word – the message of the Father to us, He is the revealer of the Father, and this truth is fundamental to Scripture.  Satan is the evil one who makes peopel sick and murders people and brings death and destruction. God gives up His own life to rescue us.  Satan sifts us, but Jesus prays for us!  The Father gives us the Word, the devil tries to steal it.  Can you see how different they are?  The devil is the cause of evil in the world, not God.  Do not confuse the two.

The Old Testament is About Jesus

When Jesus rose again, He had to explain this to His disciples:

25 He said to them, “How foolish you are, and how slow to believe all that the prophets have spoken! 26 Did not the Messiah have to suffer these things and then enter his glory?” 27 And beginning with Moses and all the Prophets, he explained to them what was said in all the Scriptures concerning himself. (Luke 24.25-27)

When the disciples realized the Old Testament was all about Jesus, about His death, His burial, His resurrection, the stopped being discouraged and started to get on fire – their hearts started to burn.  When you realize that the Old Testament does not present a destructive, evil God, your heart will catch fire with love for Him too!

Satan is the god of this world, and according to 2 Cor. 4.4, he has blinded people’s minds.  One of the most blinding thoughts is the idea that God is a harsh judge, rather than a kind Father.  In fact 2 Cor. 4.4 says that people’s minds are blinded by satan so that they do not see the gospel of Christ “who is the image of God”.  That is the issue – Jesus is the image of God.  The CSV says that Christ “shows us what God is like”.  That is how we need to find out what God is like – by looking to Jesus.

When God was giving His Word to the prophets, satan was trying to distort it to stop people realizing God was like Jesus. Jesus is the good news, and the Father is just like Him – so the Father is good news.

Adam lost eternity in his spirit when he fell, and he stopped automatically understanding God, and the first thing he did as a fallen man is hide from God.  Satan uses our fallen spirit and its built-in fear of God to distort our image of God and twist our understanding of God into a scary monster, a destroyer, a world-flooder, a cancer-giver, a hater, a wrathful vengeful deity.  But the truth is that God is, and always will be, just like Jesus.  The Son of Man came to give us an understanding of God (1 John 5.18-20).  Satan is the wicked one, and the evil one, God is true and pure and good.  God is light and in Him is no darkness at all (John 1.5).

Jesus had to come and show us the Father because there is so much misinformation about God in the world, so much that even today in the church people believe!  Light is good and God is light and God is good and the devil is darkness and evil.  It is that simple.

God is Not a Destroyer

If natural disasters are the will of God, why are they not in heaven?  Why did Jesus rebuke storms rather than start them?  The will of God is so explicit in Scripture – God wants no one to perish (2 Peter 3.9).  So, someone perishing, in a flood, in a fire, in an earthquake is not God.  God is not in the earthquake, He never was and never will be.  Satan is the wicked one.

When you grasp this, you start to realize that God never does anything to inflict misery.  God is the one who came to set us free from misery.  God blesses, God does not curse.

If you then, being evil, know how to give good gifts to your children, how much more shall your Father which in heaven give good things to them that ask Him.  Therefore, all things whatsoever ye would that men should do to you, do ye even so to them, for this is the law and the prophets (Matt. 7.11-12).

Do you see here that Jesus connects the law and the prophets to God being a good Father who only gives good gifts. That is the picture of the Old Testament.  In the New Testament, we find out that:

Every good gift and every perfect gift is from above and cometh down from the Father of lights (James 1.17)

When you take an evil thing – cancer, poverty, a flood, an earthquake, whatever – and rationalize that God did it to make it reach a higher good, that this evil is a “blessing in disguise”, you are contradicting Scripture, you are doing the opposite of Jesus.  Jesus says that His Father will not treat His children worse than a human father!

This is another reason why we have to reject the teaching of God as capricious and doing evil – because God is love and tells us to follow His example of love.  If we followed some teachers ideas about God and what love is, to be loving we would have to be putting cancer on people, making them have accidents, and placing them in tempting situations!

We know that if we did those things to humans we would not be loving, we would be evil.  It is not love to kill someone’s child and leave a mum and dad without a child, so you could have an extra flower in your garden, or allow a teenage girl to be raped so she can have a great ministry to other rape victims, or throw a two-year old girl a mile with a hurricane to teach people about how great we are.  If we did those things, we would be locked up.  We know this is not love, but I have heard people say these things about God!  That God would do things that He then would not want us to do – that sane people would never want to do, that sane people should never believe a loving God would ever do.

This is why Jesus showed us the Father – so we could see a real picture of Father God.  God is not harming people.  He wants to bless us and set us free from satan.  He will not even give us a stone instead of giving us bread, and He certainly will not give us snakes or scorpions.  Jesus never failed to heal someone, never failed to help someone, never put disease on someone, never caused a natural disaster.  Ever!  He does not do evil, He does good.  And the Father is the same.  When you pray, you can believe and rest in peace that God will only do good.  Reject the devil and stand against satan, and submit to God and His goodness.

Every time Jesus healed, every time He rebuked a storm, loved and forgave He was showing us the true picture of His Father.

So when we study the Word, especially the Old Testament, we have to interpret it all in the light of Jesus being the image of the Father.  If you think a Bible verse said God lied to someone, God deceived someone, God killed someone, God made someone sick, God destroyed someone, you have to press pause and think “Is this what Jesus would do?  Is this the Father that Jesus came to reveal to us?”

If the answer is no, it’s not what Jesus would do, it is not Christ-like behaviour, then you have made a mistake with your interpretation.  We will in the next few posts get into some specific examples and give you some keys to interpreting the Old Testament.  God is not destructive.

7 thoughts on “Natural Disasters and God’s Will 01: Three Fundamental Truths”